The Republic of Croatia is one of the successor states of the former Socialist Federal Republic of Yugoslavia. Croatia is also a very popular tourist destination.

The Republic of Croatia (Republika Hrvatska) lies on the border of Central Europe and South-Eastern Europe. Neighbouring countries include Slovenia, Hungary, Serbia, Bosnia and Herzegovina, and Montenegro.

Croatia is made up of the mainland (65%) and coastal areas. In total it covers an area of 90,000 km2. Croatia has a population of 4.5 million people and its capital city is Zagreb.

The currency used in Croatia is the Kuna (HRK). The Kuna is subdivided into 100 Lipa. British nationals need to have a valid passport to enter into Croatia. A visa is not needed for tourist stays (more detailed information can be found in the Travel Advice section of the UK Foreign Office website).

The Croatian national anthem Lijepa naša domovino (our beautiful homeland) is based on the text of a poem by A. Mihanović and was most likely set to music in 1846 by J. Runjanin. Although it only became the national anthem in 1974, it has always played an important role for Croatian society.

Member of NATO and interest in the EU

Modern Croatia was in international isolation for a long time due to its bloody war. Following the death of President Tuđman (1990 - 1999), Croatia intensified its efforts to join international structures, namely the EU and NATO. Zagreb joined the North Atlantic Alliance on 1 May 2009.

Croatia submitted a formal application to join the EU in 2003 and the European Commission recommended it as an official candidate country the following year. Accession talks began in October 2005. The accession negotiations, scheduled for mid-2010, were blocked for a long time due to unresolved disputes with neighbouring Slovenia (eco-fishing zone, border and territory disputes, etc.).

The Republic of Croatia should become a Member State of the EU on 1 July 2013.

Development of the state

Historically, the Croatian lands have been the location of several civil, national, political and religious centres. When Europe was divided by the East-West Schism and the Islamic-Turkish Empire was approaching Croatian territory, Croatia sided with the Western world. For centuries, Croatia's Eastern border was the frontier used to defend the Christian world from the Turks (antemurale christianitatis). Thus Croatia was also able to protect its own political and cultural identity.

When Croatia became one of the constituent republics of Yugoslavia, it only had a limited ability to develop its statehood and democratic institutions. Today, the sovereign Republic of Croatia, which for the first time is a recognised democratic country, is an equal partner to other European countries and so it is once again able to play a unique role in facilitating dialogue between the so-called Western and Eastern worlds.

The population and religion

The ethnicity of the Republic of Croatia is relatively homogenous. The majority of the population is made up of Croats (78%), the next largest group is made up of people from former-Yugoslavian countries (Serbs, Bosnians, Slovenians), and next come the Italians and Hungarians.

As a result of several waves of emigration over a period from the 19th Century up until the present day, a large number of Croats now live outside of the Republic of Croatia. This emigration has always been chiefly due to social or political factors. The estimated number of Croatian emigrants living in Europe and around the world is around 4 million (including descendants).

Croats are predominantly Roman Catholic (approx. 77%), the second most widespread religion is Orthodox, and next come members of other Christian faiths and Islam.

The official language is Croatian, and a Latin script is used.

Tourism is an important source of income for the Republic of Croatia. The most popular destinations are situated along the Adriatic coast in the regions of Istria, Kvarner, and Northern, Central and Southern Dalmatia. Croatia's many beautiful islands are also popular (Hvar, Brač, Korčula, and Krk among others).

Although inland Croatia is not as popular with tourists, it does have its own charms. The capital city of Zagreb with its rich history, the fertile agricultural region of Slavonia, and the Plitvice Lakes National Park are just a few of the attractions on offer in inland Croatia. There are also many historical towns, beautiful castles and traditional thermal spas to visit. 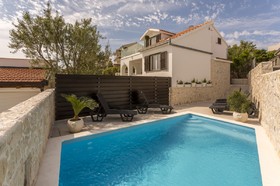 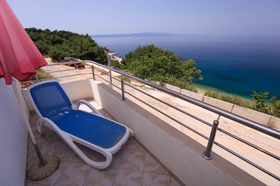