Palagruza lighthouse was built in 1875 on the island of the same name, placed in the middle of the Adriatic sea, between the Italian and Croatian coasts, 68 NM south of Split and 26 NM south of the island of Lastovo. This history laden island of exceptional beauty is Croatia's furthest island. The island itself is 1400 m long, 300 m wide and 90 m high, and is covered in Mediterranean vegetation.

Because the lighthouse is built in the middle of the island at the height of 90 metres, we do not recommend holidays on Palagruza for the elderly or for those with health problems. There are two four-bed apartments in the spacious lighthouse building.

There is an archeological site on the island Palagruza Velika. Numerous finds bear witness to the fact that Palagruza was the island of the Greek hero Diomedes. The island is a nature reserve with numerous endemic species of flora and fauna.

At extra charge, tours of the main island and its cliffs, as well as tours of islets and other cliffs in the Palagruza archipelago, can be arranged with the lighthouse keeper. Furthermore, guests can join fishermen in the early morning when nets are pulled out of the sea - a unique experience.

The surrounding waters are the Adriatic's richest fishing area. Individual diving is prohibited.

There are two well-kept trails on Palagruza. One of them leads to Stara Vlaka, a pebble bay on the northern side of the island, while the other trail leads to the southern side of Velika Palagruza to Veli Zal so-called "Juzno zlato", one of the most beautiful beaches on the Adriatic. These pebble beaches are ideal for small children due to shallow waters and fine pebbles.

According to church records, Pope Alexander III was on Palagruza on Ash Wednesday, March 9th, 1177. While traveling with his fleet of ten galleys, he was impressed with the archipelago's beauty and decided to make a stop. He was served dinner on a small plateau on the island of Palagruza Mala, that has ever since been called "Papina njiva" (Pope's Field). After its stay on Palagruza, the fleet headed for the island of Vis, then towards Zadar and finally Venice. 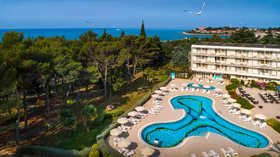 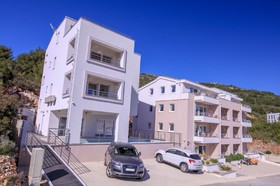