Evelopment of one place in two separate settlements is a common case in coastal areas, especially on the slopes of Biokovo Mountain where Upper settlement was established on the hill and Lower settlement was established near the sea. On the slopes of the hill people were occupied by cattle breeding and farming. Along with the development they started with fishery and advanced the agriculture, and then descended to the beautiful beaches. Even though the evidence about the settlement could be found since roman ages, but the first inscription about Igrane place is in a document dated in 1466. A historical monument of high value not only for Igrane, but for the Makarska Riviera is St. Michael Church (dating form 11 – 12 century) situated at the slopes of Biokovo on 300 meters above the sea level. Another sacral monument is a baroque church.

Lady of Rožarija built in 1752 with a beautiful and salient bell tower. Zalina tower is another important monument, bearing a “zero category” mark and built 400 ages ago with the aim to protect from Turkish attacks. Using the stone as a main building asset, with quality processing and technique of construction, old houses in both settlements have been preserved by today. New settlement created around the old houses in Lower Igrane is focused on tourism.

There are approximately 1000 beds in private accommodations. Most of the rooms are categorized by *** (three stars) and small number of rooms with ** (two stars). Private houses are on favourable locations; mainly situated near the beach.

The place is has very good transportation connections. It is 15 km distant from Makarska, 77 km to Split, 80 km to Meðugorje, and 140 km to Dubrovnik. It takes 40 minutes of boat riding to Island of Hvar, while the trip to Brač and Korčula takes 2 to 3 hours, if travelled directly from Igrane. Place named Drvenik is on 15 minutes ride from Igrane and has good ferry connection with the island of Hvar and Korčula whereas the ferry to Brač travels from Makarska. 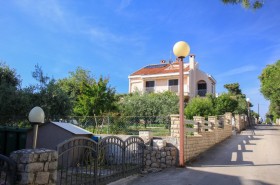 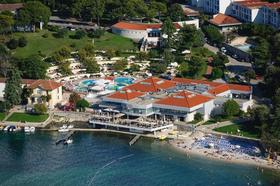 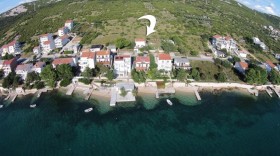